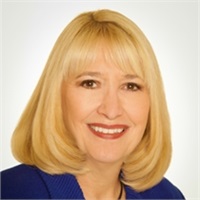 DEBORAH DANIELSON, CFP®, MSFS is President and owner of Danielson Financial Group. As a Las Vegas native, she has built a solid record of accomplishments and a reputation for excellence among her clients and colleagues. An investment professional since 1981, Ms. Danielson is a CERTIFIED FINANCIAL PLANNERTM and has a Master’s of Science in Financial Services. She maintains securities registrations with LPL Financial.

Ms. Danielson is also a bestselling author of Why Me? Seeking Answers on Your Grief, as well as the co-author of several books including, the Expert’s Guide to Financial Planning published in 1987, and contributed to Big Vision, Small Business…The Four Keys to Finding Success and Satisfaction as a Lifestyle Entrepreneur, published in 2001. Ms. Danielson is sought after for advice, and has been published in MoneyMagazine, The Wall Street Journal, Dow Jones Wire, Bloomberg, and has appeared on local and national news and radio shows. She served as the Financial Editor for Nevada Woman magazine July 1995, and its replacement magazine, LV Woman, until 2008. She is actively involved in the professional association International Women’s Forum (IWF), and has been acknowledged for her leadership contribution. She is a founding member of the National Association of Women Business Owners, Southern Nevada Chapter; the past President and former board member of the Las Vegas Chamber of Commerce; and the past President of the Financial Planning Association (FPA) Las Vegas Chapter.

Ms. Danielson obtained her WSET (Wine & Spirit Education Trust) Advanced Certificate, Level 3, in pursuit of the Masters of Wine designation. She has raised three children and is now the proud grandma to four wonderful grandchildren. Ms. Danielson is an avid traveler, 92 countries and counting, and enjoys collecting wine for her 3,000-bottle wine cellar.

Barron's Top Financial Advisors 2020 is based on assets under management, revenue produced for the firm, regulatory record, quality of practice and philanthropic work.

The Forbes Best-In-State Wealth Advisor ranking, developed by SHOOK Research, is based on in-person and telephone due diligence meetings and a ranking algorithm that includes: client retention, industry experience, review of compliance records, firm nominations; and quantitative criteria, including: assets under management and revenue generated for their firms. Portfolio performance is not a criterion due to varying client objectives and lack of audited data. Neither Forbes nor SHOOK Research receives a fee in exchange for rankings.

The Forbes ranking of America’s Top Women Wealth Advisors, developed by SHOOK Research, is based on an algorithm of qualitative and quantitative data, rating thousands of wealth advisors with a minimum of seven years of experience and weighing factors like revenue trends, assets under management, compliance records, industry experience and best practices learned through telephone and in-person interviews. Portfolio performance is not a criterion due to varying client objectives and lack of audited data. Neither Forbes nor SHOOK receives a fee in exchange for rankings.